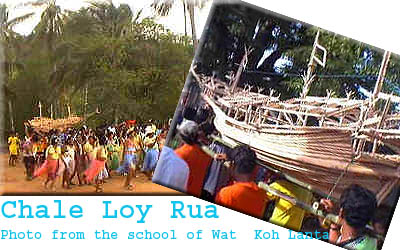 Sea-Gypsy Village: The large community of sea gypsies is settled in the village of Baan Sangkha-Ou on the southern tip of the island. Sea gypsies are called in Thai as Chao Le or Chao Nam (Le is abbreviated Thale which means Sea in English and Nam is Water alike), and are known as the minority group of “Thai Mai”, meaning new Thai people. Originally, the sea gypsies of former centuries were living in their boats and were feared as pirates. Nowadays, as being considered eligible for citizenship in Thailand, they began to settle along the coast in their stilt-built houses erected between the water level of hide and low tide. They earn their living on fishing, catching lobster, and other sea food as well as collecting bird’s nest for the Chinese cuisine. Despite the close relation to other village, the sea gypsies do not integrate into Thai population.
They still retain their own language, traditions and ceremonies. Their belief in supernatural and traditional spiritual worship is still influential in the community as seen in their traditional ceremony “Loy Ruea” (Floating Boat). The village men will build a symbolic boat and place wooden statues of themselves in it along with nail pairings, hair and popped rice. By performing this ritual, they ask forgiveness from the sea gods and for any offences they have made to the sea. It is believed that all evil is carried away in the symbolic boat. Visiting their village is thus a worthwhile experience. 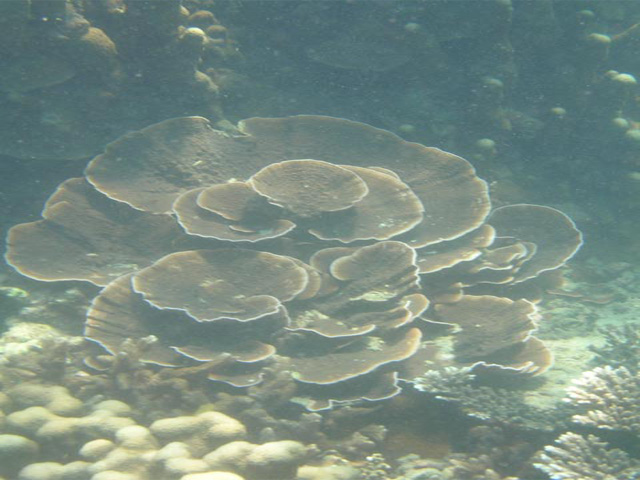 Koh Ngai has long white powdery sandy beach with shallow water-coral reef in front. There is a bungalow, resorts and restaurants. 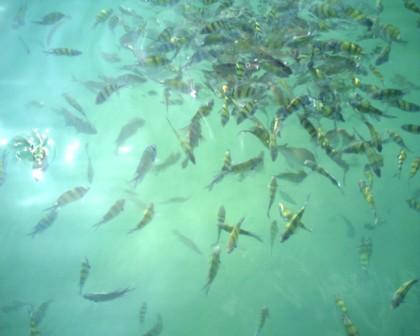 Koh Rok comprises of two islands which are Koh Rok Nai and Koh Rok Nok. Koh Rok Nai: to the east, there is a sandy beach and snorkeling site. To the west, there are rocky outcrops and a scuba diving as well. To the south, there is an old Siam boundary marker believed to have been set during the period of King Rama V. Contrary, Koh Rok Nok has a Tha Lu (Go through) Beach with white-powered horseshoe-shaped sandy beach. Ao Maan Sai (Ao means bay) is a long beach with a shallow water coral reef. There is also a campsite, 1.5 kilometers. nature trail and Lor Tor 1 (Koh Rok) substation. 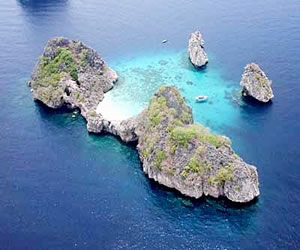 Koh Har (Tukonlima) is a group of 5 gorgeous yet strange islands. On Koh Har Yai is fresh green grassland with a beautiful coral reef surrounding the island, being the Whale Shark can be seen here, another popular diving destination for both Thais and foreigners.

Hin Muang-Hin Daeng (Purple Rocks-Red Rocks): Both are famed scenic scuba diving sites. The pinnacle of Hin Daeng can only be seen at low tide. The sites are well known among divers throughout the world, as the Whale Shark and Manta Ray can often be seen here.

The park has developed a 2.5 kilometers. nature trail along the sea cliff that passes through evergreen forest reached a viewpoint. The aim of the trail is to bring visitors close to nature and encourage them to learn more about the interesting ecosystems around them, as well as to take in the panoramic view of Leam Ta-Nod Ta-Nod Cape) from the high viewpoint.

How to get to Koh Lanta

Driving the national high-way #4 (The southern route) from Bangkok to Krabi. Continuing towards Trang, turn traffic right onto route 4206 at 64th kilometer-pillar to Baan Hua Hin. A car-ferry will take you to Koh Lanta Noi and Koh Lanta Yai respectively. Some areas are very steep, unsuitable for a saloon car. For more details for traveling to Koh Lanta, read more »

Public Transports around Koh Lanta are as following: 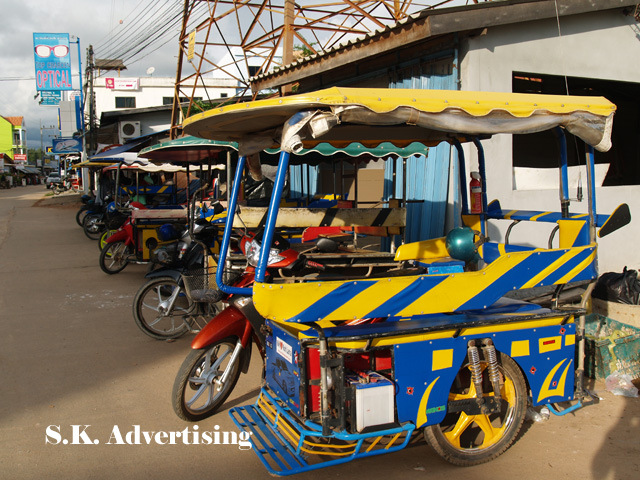 Dear: Passengers or whom it may concern
Koh Lanta Triple Wheel Association regards all tourists' properties and life securities. An arrangement plan is strongly undergone for the best tourism services. To prevent an illegal triple wheel taxi from concealing in their service system, you are kindly advised to pay attention and observe the outstanding some signals from their membership as follow.

Any suspected matters or more information's are regarded; otherwise, any cases that you' have been treaten unreasonable conduct of services. Passenger could report to Koh Lanta Police Station on number 075 668 192 or inform it to Koh Lanta Triple Wheel Taxi Association on mobile phone at 081 677 6357. Do not remind yourselves before riding a triple wheel taxi.

Please pay more attention. Visitors To Thailand is not responsible for any error of other websites or third party; moreover, the mistake of accommodation telephone numbers.

Let us vote the best destination in Thailand.